With that in mind it’s more important than ever to spread good news when we find it. There are glimmers of hope to be found every single day if one looks hard enough, even in these dark times.

According to the Daily Mail, two of Britain’s youngest coronavirus victims have beaten the virus despite being just six and seven weeks old.

As per reports, both were rushed to hospital last month and, following a few trying weeks, have remarkably recovered.

Today, their parents urged others to keep an eye on their young ones during these uncertain times, and to specifically watch out for signs of the deadly virus.

Mason’s father, Shaun Atton, told MailOnline: “Don’t listen to anyone who says that coronavirus can only affect adults, it can infect babies too.

Mason was originally thought to have bronchitis when he was taken to hospital, but underwent a test for COVID-19 and was sent home the following day. When his parents got home, however, they were told he had tested positive.

“It was such a shock,” Shaun said. “Then Mason got a really high temperature – 39 degrees Centigrade – and he was screaming for hours on end.

“We took him back to hospital but the pediatrician had to take advice from other doctors about how to treat him because the disease is so new.”

Ava’s mother, meanwhile, Vania da Silva, was not able to support her daughter when she was admitted to hospital.

“Not being able to be with my daughter when she went into hospital was the worst time of my life.

“I couldn’t sleep, I couldn’t eat, I was so worried. I have never cried so much.”

She continued: “People say that babies cannot catch the virus but clearly they can. People don’t realise how serious this is.”

I’m so thankful that these two babies pulled through, but it goes to show that it’s not just the sick and elderly who are at risk from coronavirus.

Please heed the warnings of Mason and Ava’s parents and keep an eye on your children’s health. If you are concerned then call the relevant emergency numbers.

Share this article to spread a bit of good news about Mason and Ava’s respective recoveries. 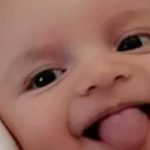