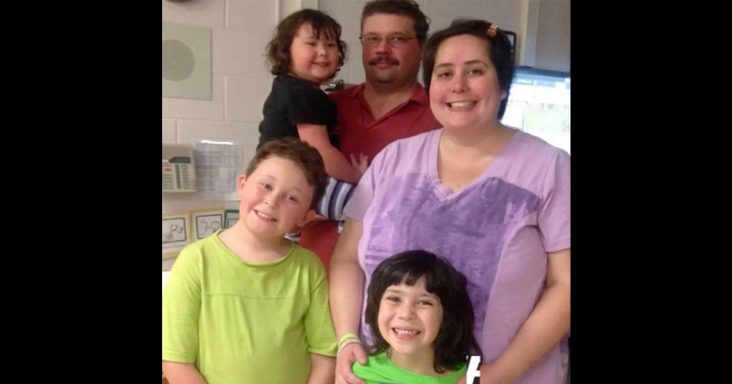 This year’s Father’s Day saw the suicide of a Canadian father who lost his children after they were killed by a drunk driver.

Sadly, the New York Post has reported that in 2015, an automobile accident claimed the lives of Edward Lake’s children. His wife, Jennifer Neville-Lake, posted a picture of their three children, Daniel, Harry, and Milly, who were 9, 5, and 2 years old, respectively, along with the sad news of her husband’s departure on Twitter.

“The eyes he shared with Harry are forever closed Daniel’s curls will never shine in the sunlight again I will never see Milly’s shy smile creep across his lips anymore My children’s father, Edward Lake, has joined our kids so they can play together, forever.“

The distraught mother and wife concluded her post with the Filipino phrase “Mahal kita, Edward,” which translates to “I love you.”

The eyes he shared with Harry are forever closed
Daniel's curls will never shine in the sunlight again
I will never see Milly's shy smile creep across his lips anymore
My children's father, Edward Lake, has joined our kids so they can play together, forever.

According to accounts, a drunk driver struck Edward and Jennifer’s children’s car in a suburban Toronto neighborhood in 2015, killing all three of them along with their grandfather Gary Neville.

Marco Muzzo, who was later granted full release in 2021, allegedly rear-ended the family’s car as it was being driven home in the city of Vaughan.

I don’t have anyone left to call me mom, Jennifer said to Muzzo at the sentence hearing in 2016. All my babies were slaughtered by you.

“You deserve to know what it’s like to have every single life you created taken from you.”

Saddest shit ever. Mr Lake spent the last 7 years spinning in the depression of his loss. Marco Muzzo is free. His wife has lost everything. Her children to a drunk driver and husband to suicide. I’m at a loss for words. This is real sadness. https://t.co/C93JiIi9KG

Jennifer Neville-Lake lost her kids, dad, and now her husband⁠—all because a selfish prick climbed behind the wheel of his Jeep while completely obliterated.

He's out on parole. They're all still dead.

Wherever he is, I hope Marco Muzzo's demons make his life unbearable. https://t.co/djm8VqJhcw

While this was going on, Edward allegedly admitted during the sentence hearing that he was experiencing “extreme anxiety” and “suicidal thoughts.”

The officers who responded were properly informed of Mr. Lake’s past, even though there was no indication that the call had anything to do with mental health.

Father's Day 2022
This shouldn't be real
It can't be pic.twitter.com/ODeHE12cJF

Jennifer shared a picture of her children’s graves on Twitter on Sunday.

My heart breaks for this family and all they had to endure as a result of one drunk driver’s careless acts.