In late 2017, Jimmy Amisial was visiting his hometown in Haiti when he said he found a 4-month-old baby in the trash.

He took the infant home to his mother, Elicie, and they fed, clothed and bathed the baby before taking him to a doctor. Amisial also notified the police.

After the police couldn’t find the baby’s parents, a judge asked Amisial, then 22, if he would be the child’s legal guardian.

He told the Sun that it was not an easy decision and he couldn’t sleep for days thinking about it.

The Texas State University student was already behind on his tuition fees and his family was financially struggling.

His choice was solidified after remembering that he didn’t have a father growing up and didn’t want to subject a baby’s life to such instability. He knew he had to “take a leap of faith.”

The baby was then given the name Emilio Angel Jeremiah. ​​

As Amisial continues his studies at Texas State University, he comes back to Haiti to see Emilio, who is in his mother’s care. He has taken some time off and is set to start his third year of school in September.

After being with Emilio for almost five years, Amisial, now 27, has now applied to formally adopt the little boy.

“I had to do what I had to do when no one else wanted to do it, and I’m so grateful for the past four and a half years,” Amisial said.

“I truly do feel like a father, and I’m excited to put pen to paper and make Emilio my son — I just need to raise the money first.” 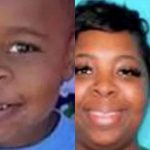