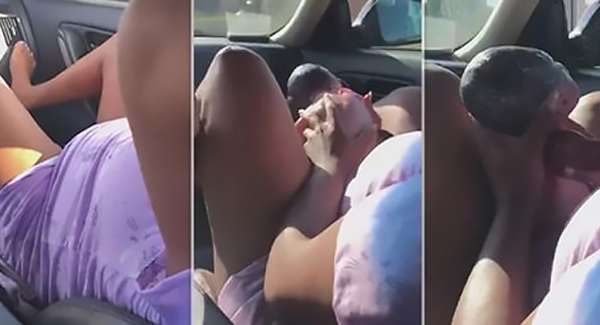 A woman was captured on video giving birth to her fourth child in the car on the way to the hospital while her husband drove and three children sat in the back seat.

American Rudy Napier was expecting her fourth child, a little girl named Jolee. Her husband, Michael, took her to a hospital in the US state of Nevada. However, the little girl apparently did not want to wait until the maternity hospital and decided to give birth in the car. While her expectant sisters cried, the eldest son captured the whole situation on video. Rudy was extremely calm after the birth, and they managed to get to the hospital safely.

Michael took his pregnant wife Rudy Napier for a final check-up before giving birth. The eldest son, Jayden, 10, who was sitting in the back seat with his two younger sisters, was tasked with making a video for his future youngest sister. From the beginning, Jayden was in charge of recording the entire medical visit to show it to his sister when she was older. What was not planned was that Jolee would be born at that time. In addition, however, he managed to capture another moment – the moment when the girl was born while driving in a car.

Rudy can be heard screaming in pain and her daughters crying in the back seats. Suddenly, the mother is holding a newborn baby in her arms and the father is completely shocked. When Michael regained his composure after a while, he said to the camera: “Hi Jolee, this is dad. I just want to tell you that you surprised us all here in the car. We’re on our way to the hospital. We love you.”

Rudy remembered what it was like for her when she found out that the little girl was already coming into the world. “I’ve never experienced anything like this in my entire life, and I’ve done a lot of crazy things,” the woman said.

After some time, Father Michael decided to share the video on Facebook, where it has already received almost nine million views. He also thanked the entire staff at Henderson Hospital. He said they were treated absolutely royally by everyone. After the couple received so much attention due to the unusual arrival of their baby girl, they started a fundraiser on Facebook. They would like to buy a minivan so that they can drive safely with four children. 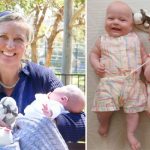 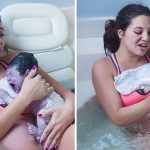