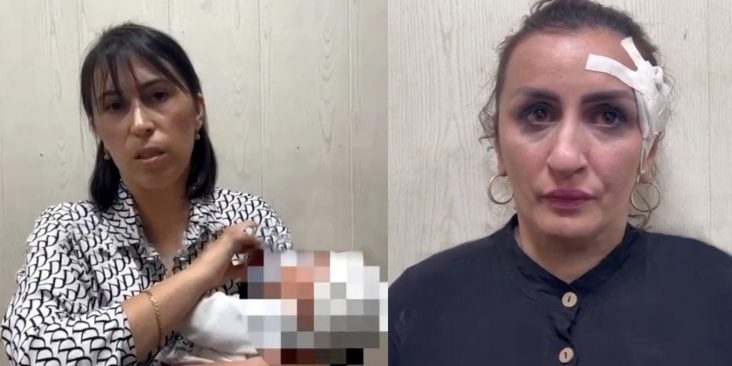 A ruthless Russian woman has reportedly been arrested for selling her newborn baby to pay for a $3,600 rhinoplasty.

The 33-year-old woman — whose name has not been disclosed by Russian media — was taken into custody in late May on suspicion of human trafficking, the Daily Star reports.

The mom is said to have given birth to a baby boy on April 25 at a hospital in the southern city of Kaspiysk, before selling him off just five days later to a local couple looking to become parents.

According to a statement from Russian officials obtained by Newsflash, the heartless mama met “with a local resident [and] agreed to hand over her newborn son, who was in a state of helplessness, for a reward of 200,000 rubles ($3,200 USD).”

On the day she handed the boy over, she allegedly issued the new parents a “waiver for the rights to the child.” In return, she received a small upfront payment of $360 USD.

Less than four weeks later, on May 26, the woman is believed to have received the rest of the cash, but police were tipped off a short time later.

It’s unclear who contacted the cops, but she was quickly taken into custody, along with the pair who illegally adopted the newborn boy.

The new parents purportedly told investigators that the woman gave them the baby and his birth certificate, but denied paying directly for the tot. They said the mother subsequently asked for $3,200 USD for the cost of a nose job for “better breathing” and they were happy to oblige.

The mom was pictured posing in a police photo taken after her arrest and it appears she did not manage to have her rhinoplasty before cops caught up with her.

“Currently, a series of investigative actions is being carried out, aimed at establishing all the circumstances of the crime committed and consolidating evidence of the suspect’s guilt,” the official Russian statement reportedly read.

“She is suspected of committing a crime under paragraph ‘h’ of Part 2 of Art. 127.1 of the Criminal Code of the Russian Federation (purchase and sale committed in relation to a person who is in a state of helplessness, known to the guilty person),” officials further stated.

The woman who paid for the baby boy was also pictured in a police photo. She can be seen cradling the newborn in the snap. It’s unclear what charges she and her partner may be slapped with.

Meanwhile, officials have not disclosed who is currently caring for the baby boy, who is now two months old. 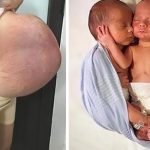 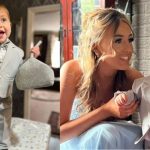