A viral video of an 8-year-old boy being taken into custody and put into a patrol car in New York has launched an internal review at the Syracuse Police Department.

The police officers are under fire after a viral video captured them putting an 8-year-old black child into the back of a squad car for allegedly stealing a bag of Doritos from a grocery store.

According to @NYPost, the video was shared by local resident Kenneth Jackson, who can he heard asking the officers about the boy’s alleged offense. He eventually offered to pay for the bag of chips, but officers insisted that stealing the Doritos was “against the law” as they continued to usher him into the patrol car.

The officers asked Jackson to leave and one officer said he didn’t “know what [he] was talking about,” when Jackson insisted that the boy be let go. The officer explained that the boy allegedly stole a bag of chips to which Jackson replied,

“What did he steal? A bag of chips? So y’all treat him like a cold blooded f*cking killer?”

Nevertheless, Jackson remained at the scene, asking that the officers release the young boy. Another young boy approached the patrol car yelling, “It wasn’t him!”

The Post spoke with the boy’s father, Anthony Weah, who stated that the police brought his son home after three young boys were accused of stealing the chips. Weah noted that the cops were friendly, but said he was shocked to see the video on social media following the incident.

“Why would the police treat that child like that? Over a $3 bag of chips,” Weah said.

He added that he plans on filing a complaint against the officers involved.

The Syracuse Police Department released a statement about the incident on their Instagram page. Part of the statement reads,

We are aware of a video being shared on social media involving several of our Officers and juveniles accused of stealing fro a store on the City’s north side. The incident, including the Officers’ actions and body-worn camera, are being reviewed.” 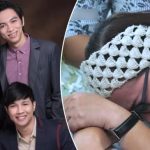 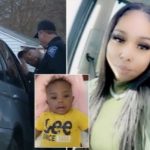