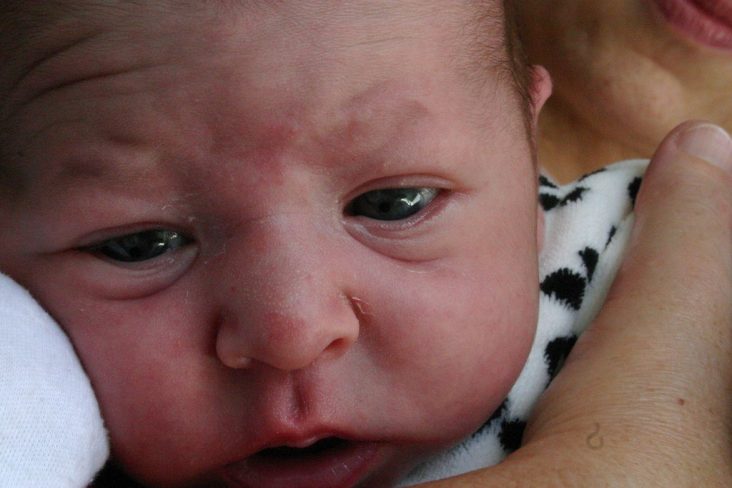 Babies can see from birth, however their vision is initially somewhat blurry. Since your baby’s eyes open around 27 weeks pregnant, they can actually see in utero. They can focus on big objects and distinguish the color red.

Although they cannot see effectively, newborns are able to distinguish light, faces, huge shapes, and movement. It’s interesting to note that while your baby’s eyes are biologically capable of good vision at birth, their brain isn’t prepared to comprehend all that visual data.

Over the course of the first year, your baby’s vision improves significantly, and by the time they are 8 months old, they should be able to see rather clearly.

Your infant can discriminate between colors and focus on smaller items by the time they are 3 to 4 months old. Depth perception starts to develop around 4 months old. Your infant will become more adept at identifying little items and following moving targets with their gaze.

By the time your child is 4 months old, you should consult a doctor if they don’t watch moving things or if they appear to have difficulty moving one or both eyes in any direction. Basic vision evaluations are part of routine well-child visits, but formal vision screenings typically don’t happen until children are 3 or 4 years old.

How far can newborns see?

6 to 10 inches is the maximum distance that a newborn can see, which is just far enough to properly view the face of the person holding them. Fortunately, your face is your baby’s favorite feature at this age, so spend lots of time talking to them face to face.

How far can babies see at 1 month old?

Now, your infant can see objects up to 12 inches away. Your baby is beginning to learn how to utilize both of their eyes together so they can constantly concentrate both of them and track a moving object, even if their eyes may still occasionally cross and still roam randomly. A rattle passed in front of their face or playing eyes-to-eyes by going extremely near to them and gently turning your head from side to side can frequently captivate them. They’ll frequently fix their gaze on yours.

How far can a 2-month-old see?

Your two-month-old can distinguish between items and people up to 18 inches away. When you’re nearby, they could even be able to see your movements. Your infant will learn to recognize hues of red and yellow as color distinctions become more apparent to them.

How far can a 3-month-old see?

Your infant can now recognize familiar faces and things from a distance of up to a room or several feet away. Additionally, they are becoming more adept at differentiating between colours. Your infant will thus definitely start to exhibit a liking for bright primary colors as well as increasingly detailed and challenging patterns and forms. Allowing kids to gaze at colorful images, photographs, novels, and toys will help to promote this. They still won’t be able to distinguish between pastels or extremely similar colours at the age of three months. Additionally, your baby’s sense of depth is still developing. 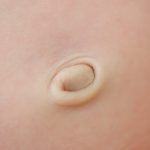 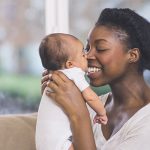