A 12-year-old boy in India suffers from a rare condition which means even the slightest touch could break his bones.

The young child, named Rohit, lives in Uttar Pradesh, India, and has broken 100 bones in his life due to a rare affliction.

Suffering from the incredibly rare condition osteogenesis imperfecta, also known as ‘brittle bone disease’, means it is as though he is ‘made of glass’ and even a gentle touch could break his bones.

The condition has left Rohit unable to lead a normal life, he cannot go and play with other kids as a boy his age would normally be doing and he relies entirely on his mother to move around.

Most of the time the boy is in terrible pain, but despite his condition, young Rohit is determined to pursue his dream of one day becoming a singer.

Due to his condition and vulnerability no school will enrol him, meaning he has to be taught at home by his older sister.

Sadly for Rohit, there is currently no cure for osteogenesis imperfectas – though there are a series of treatments which can help improve bone density and attempt to ward off the worst symptoms.

According to the NHS, the condition is a defect which means that the collagen, the protein responsible for maintaining your bone structure, is either missing or not strong enough to support the bones.

The only real treatments for the defect are physiotherapy and management of symptoms.

Medications called pamidronate and zoledronic acid which prevent loss of bone mass can also be used to keep a person’s bones in as strong a condition as possible.

Unfortunately for Rohit, having osteogenesis imperfecta poses even further problems as it hinders the skeleton from growing and developing as it should.

Most people who have a brittle bone disease have fully formed skeletons which grew earlier in their life.

Rohit has not had such luck due to his rare condition which has caused his lack of height and weight as his skeleton has not been able to properly develop.

A diet of food with plenty of calcium and Vitamin D is also recommended by health experts. 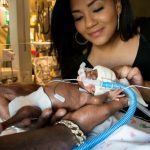 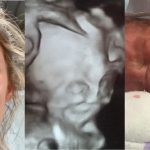