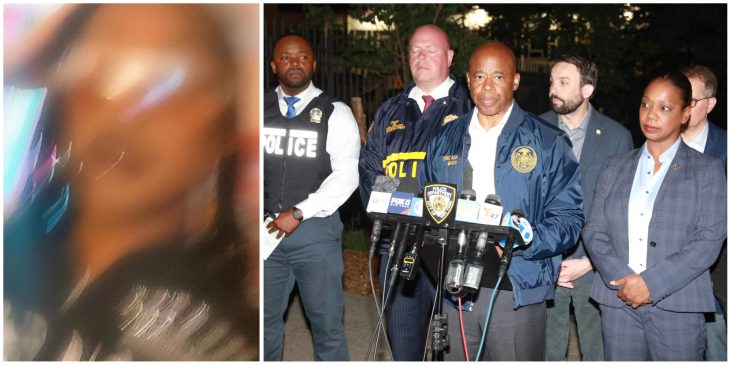 A young mother pushing her 3-month-old infant in a stroller was fatally shot Wednesday night on an Upper East Side street, police and law enforcement sources said.

The 20-year-old woman was shot once in the head at point-blank range by a suspect who approached her from behind at Lexington Avenue and East 95th Street around 8:25 p.m., according to the NYPD and sources.

The baby was unharmed, police said.

First responders found the woman unconscious at the scene. She was rushed to Metropolitan Hospital, where she was pronounced dead about an hour later, authorities said.

The gunman, dressed in a black hoodie and sweatpants, fled up East 95th street on foot, according to police. He was still being sought early Thursday.

“When a mother’s pushing a baby carriage down the block … and is shot at point-blank range — this shows just how this national problem is impacting families and doesn’t matter if you are on the Upper East Side or East New York, Brooklyn,” Mayor Eric Adams said at a press conference from the scene.

The slaying occurred close to Samuel Seabury Playground and a 10-year-old girl playing at the facility told The Post she mistook the gunfire for fireworks.

“But then I realized there was a gunshot. And it really frightened me because I was right there at the park playing and I never would have thought this would have happened,” said the girl, who identified herself as Gabriella.

One shell casing was recovered at the scene and police were canvassing the area for video, sources said.

It wasn’t immediately clear what prompted the fatal shooting.

At the media briefing, NYPD Commissioner Keechant Sewell urged “anyone who has information that can help us with this investigation” to call authorities.

Adams vowed the gunman would be tracked down and arrested.

“We’re going to find this person that is guilty of this horrific crime,” Adams said. “We’re
going to find him and bring him to justice.

“We just need the justice system to make sure this innocent person receives that justice
that we’re asking for.”

Adams, in a tweet after his remarks, said in part, “More guns in our city means more lives
lost. It means more babies crying as those who love them lie dead.

“We cannot allow this epidemic to keep claiming lives.”

Councilwoman Julie Menin said in a tweet, “To think that this incident happened in front of a school with a mother pushing her baby in a stroller is beyond comprehension.

“My prayers are with the victim’s family. This tragedy is simply unspeakable and this violence must stop.” 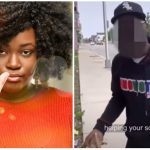