Rihanna is glowing in her first Fenty Beauty appearance since becoming a mother!

In a new YouTube video to promote a new lip gloss release on Friday, the “Diamonds” songstress showed off her juicy peach pout after putting on the limited edition Gloss Bomb Cream.

Rihanna, 34, appeared to film the clip in a bathroom while wearing her hair in Bantu knots, giving the camera a sweet smile towards the end.

On the same day, the “Umbrella” singer was spotted stepping out in public in London for the first time, almost two months after giving birth to her son in May.

A fan’s Instagram video showed Rihanna making an appearance at a barber shop with her boyfriend A$AP Rocky. While the rapper was getting his hair trimmed, Rihanna was seen in great spirits as she smiled and chatted with the locals in the shop.

Another piece of footage that made the rounds on the internet featured the Barbadian singer walking in the crowd at Wireless Festival as Rocky, 33, appeared on stage as a headliner in the background. Rihanna wore a black oversized puffy jacket with a silver chain necklace and hoop earrings for the outing.

Rihanna and Rocky welcomed their first child together in May, with a source close to the couple telling PEOPLE at the time that they were at home in Los Angeles with the baby.

“Rihanna is doing well. They are very excited to be parents. Rihanna is already a wonderful mom,” said the source.

The Grammy winner first revealed in January that she was expecting her first child with Rocky. After she was photographed debuting her baby bump in New York City, a source told PEOPLE that Rihanna is “excited to be a mom” and “couldn’t be happier.”

“Everything Rihanna does, she does it her own way on her own timetable, and having a baby is no different,” the source said, adding that Rihanna and Rocky were over the moon about their baby on the way. “They’re just like any other pair of parents-to-be. Yes, they happen to be famous but they’re just the cutest, giddiest young couple that’s expecting kids.”

Rihanna spotted out for the first time since giving birth in May at Wireless Fest in London. A$AP Rocky is headlining.
pic.twitter.com/6SjjuOrrMf

Following the birth of their son, another source told PEOPLE the pair are “doing great” as they take on their new roles as parents.

“Being a new parent is of course an adjustment, but they are doing great. Their baby boy is healthy and Rihanna is just in awe of him,” said the insider at the time. “She really was so excited to be pregnant. She loved it. Meeting her son was of course extremely special too.”

“Rihanna barely leaves his side. She is a fantastic mom,” the source added. “She wanted to give birth in L.A. since she has a big house with a yard. She enjoys sitting outside with her baby.”

Additionally, the insider noted that Rihanna “doesn’t seem rushed to get back to work” and “very much enjoys spending quiet time with her baby.” 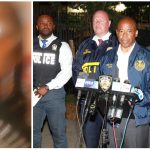 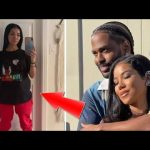