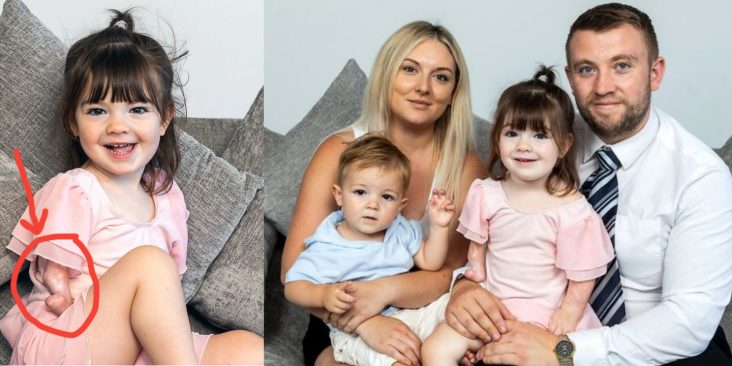 The family of a little ballerina are fundraising for a prosthetic limb to help her dancing dreams come true.

Parents Amy Cawley, 30, and Alex Ferris, 29, feared Darcie-May would not survive after she had a stroke in the womb but she was saved by a Caesarean.

But she lost her right arm from the elbow down and three fingers on her left hand, and has endured 13 operations.

Now two years old, she is coming on leaps and bounds after starting ballet.

The family want to get her state-of-the-art prosthetics that will allow her to grip, unlike the cosmetic NHS ones.

Mum Amy said: “She absolutely loves ballet. She doesn’t let anything hold her back. She gives it her all, and doesn’t want to leave.

“It’s really helped her coordination. She claps the other children when they do well. The teachers have said how flexible she is.

“That’s because she has to use her legs so much. She uses her feet to feed herself and if she can’t grab the food with her toe she just won’t eat.

“She wants to be independent. She’s such a happy wonderful little girl.”

Darcie-May is due another operation to make her right arm ready for a prosthetic when she is older.

“It’s all the hardship she went through in the first six weeks that has shaped her into being just an amazing little girl.”

Talking about the ordeal the family endured, he said: “We were not prepared for it.

“There were no signs and we were thrown in at the deep end. I kept stronger for Amy as it was gruesome at times.”

Amy said: “It happened over one weekend. I didn’t feel any movement and went to get checked out and that’s when they took me in for an ­emergency C-section.

“She was six weeks in hospital. It pushed us to our limits. The medics said they had never seen anything like it.

“When she was born they could see her arms were dark purple turning black.

“It was a waiting game. Waiting to see if blood clots were going to go away and if the blood thinners worked.

“But she lost her hand and her fingers and on her right side.

“I never thought I’d be able to deal with something like that. It’s awful seeing her go through these operations. And it’s really hard when she’s frustrated when she can’t pick things up or play with toys.

“We have to get her specific toys. She’s very protective of them because there are so few she can play with. It would be lovely to see her playing with figures.

“I just want her to see her play, eat and just do all the things we take for granted.

“Since Darcie I’ve had Beau, who is one. I watch him do things and want Darcie to have that opportunity.”

The family need to raise funds to support Darcie for the rest of her life and are being helped by big-hearted Colin Trevorrow, 38, of Redruth, Cornwall.

He said: “Recently I met Darcie at my daughter’s ballet class and I saw a child who had ferociously fought for their life. Her dancing was so joyful.”

The family want to raise £15,000 to fund a prosthetic made by Open Bionics – visit the GoFundMe here. 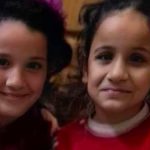 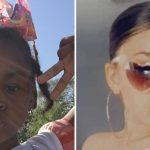