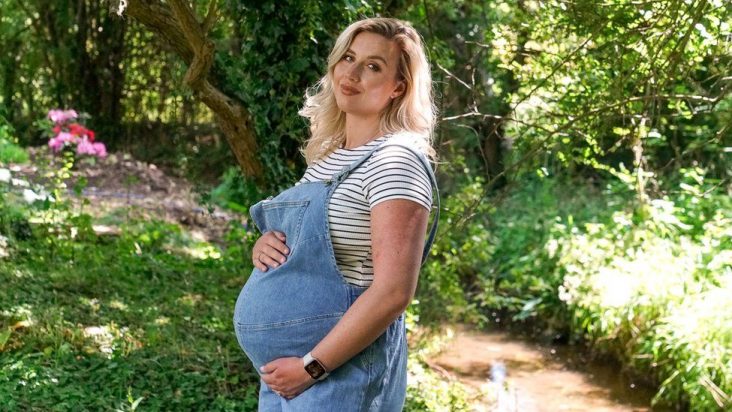 Beth and Dan Wankiewicz want answers about why their baby son Clay died last year, shortly after his birth at Doncaster Royal Infirmary.

Clay died from multiple skull fractures, despite a low-risk pregnancy, according to his relatives.

“The provision and delivery of high-quality” care is a priority, according to the Doncaster and Bassetlaw NHS Foundation Trust.

A 2016 study that raised questions about the hospital’s maternity care was never released, according to the BBC.

The paper, which was uncovered as part of a Freedom of Information request by the BBC’s Panorama programme, raised serious questions about patient safety.

Beth Wankiewicz was admitted to the hospital in July, but her baby was still not born after a day of labor.

Due to the lack of a consultant doctor on hand, a junior doctor used forceps to deliver the baby twice after receiving advice over the phone.

The second attempt with forceps was even more vigorous, “which was a bit of a shock,” Dan recalls.

There was another wait, according to the family, until they had a Caesarean section. For the C-section to be done, their baby had to be moved back up the birth canal into the womb.

“After about 10 minutes, I think we both looked at the clock and said, ‘This isn’t looking good,'” Dan said.

Despite efforts to resuscitate their son, they were informed he had died 20 minutes after his birth.

They claim a midwife told them the next day that she was being pressured by other workers to say Clay was stillborn, but she was certain he had been born alive and had detected a heartbeat.

The family now believes that this was done to escape public attention and the need for a coroner’s inquest, which is not needed in the case of stillbirths.

David Purdue, chief nurse and deputy chief executive of Doncaster and Bassetlaw Teaching Hospitals NHS Foundation Trust, expressed his condolences to the family and said the Healthcare Safety Investigation Branch had completed an investigation report, which had been shared with the trust, the family, and the coroner. He stated that an inquest would be held as soon as possible.

According to a BBC investigation, a Royal College of Obstetricians and Gynaecologists review of facilities in 2016 reported significant patient safety issues within the trust’s maternity services, but the report was never released.

The investigation was requested by the trust after a “series of significant clinical accidents.”

Some of the issues posed were:

There was a dearth of effective leadership.
The lack of availability of consultants raised questions about patient safety.
Staff undermining was apparent, mostly but not exclusively in the field of midwifery.
Following the death of 11 babies and one mother in a maternity scandal at Morecambe Bay in 2015, a study by Dr Bill Kirkup suggested that trusts publicly report the results of any external inquiry.

The BBC showed the family the 2016 study, which they had never seen before.

“‘My heart just sank… reading point after point of items that resonate with us in Clay’s treatment that were picked up in 2016,’ Beth explained.

“Knowing that they knew back then was so heartbreaking.”

Grey line for presentation
Natalie Cosgrove, the couple’s lawyer, said that since the investigation, she has represented many families where the problems found have been a concern.

“My question is that the trust has not acted on those concerns,” she said.

The head of the charity Action Against Medical Accidents, Peter Walsh, said: “It made me really concerned. It reminds me of stories I’ve seen into other trusts where issues have turned into major scandals, such as Morecambe Bay, Shrewsbury, and Telford.”

The trust’s deputy chief executive, David Purdue, said: “Our top priority is providing and delivering high-quality maternity services. We shared the executive summary, guidelines, and action plans with our regulators, partners, and staff in 2016 after the Royal College was invited to submit a report, and we have completed all of the steps.”

“We liaised with the trust on the steps they were taking to respond to the review and resolve the recommendations of the Royal College of Obstetricians and Gynaecologists, and where we had concerns that the proposed actions were not being progressed quickly enough, we called for changes,” the Care Quality Commission said in a statement.

The hospital regulator has given both of the trust’s hospitals a Requires Improvement rating for maternity care.

The summary, findings, and actions were made available “upon request” and shared with commissioners and regulators, according to a spokesperson for the trust.

According to a spokesperson for NHS England, “Thousands of babies have been safely delivered by the NHS during the pandemic while staff and patients have remained healthy, and the NHS’s announcement of an additional £95 million to boost maternity services would strengthen women’s experiences even further.

“All independent reports should be made available to relevant health commissioners and regulators…and [we] expect trusts to act quickly on appropriate recommendations,” says the report. 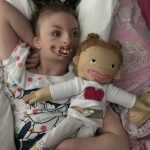