The unknowing young tot was left with scratches across her face after she was rescued from the vicious attack in China’s Chongqing Municipality on Tuesday.

The video shows the monkey sneak up on the girl as she she played in the streets, throwing her to the ground before attempting to drag her away.

But fortunately she was saved by the actions of a keen eyed bystander who rescued the child from the clutches of the animal before it could take her any further.

According to the girl’s mother Liu, the incident happened while she was cooking inside.

She was only informed of the horrifying moment by next-door neighbours before she discovered the dramatic CCTV footage for herself.

The angered mother immediately reported the incident to the local authorities who confirmed that the girl would receive further care at a hospital, including a vaccination.

According to accounts of concerned neighbours, the monkey first arrived in the village last May and was already known to police having attacked pensioners on multiple occasions.

Local police say the tiny animal inhabits mountains nearby and occasionally comes to the residential area to cause havoc.

But, despite numerous attempts to catch the monkey, search efforts have remained fruitless.

Authorities have since confirmed that they will turn the monkey over to the wild animal protection department once it is caught to protect residents.

The local forestry department told the media that attacks by wild monkeys are sporadic incidents and efforts are being made to prevent them from attacking humans again.

It comes a year after the Sun revealed the devastating aftermath of a horrific monkey attack that left a two-month-year-old baby mutilated.

The predator attacked when the baby was in the living room while his mother was in the kitchen.

Upon hearing the seven-week-old crying loudly, the mother checked the living room to find her bloodied son on the floor and the animal standing near the front door of the house.

The city council has since reported to have caught the wild monkey responsible for the attack, however authorities never confirmed what happened to the animal. 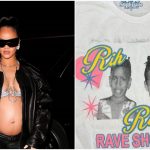