This is the moment an eight year-old sex abuse victim was rescued from the pedophile who snatched her as she walked with her mother.

A team of tactical officers search the Texas hotel room and do not immediately find the girl. But she emerges from a laundry basket only after her abductor, 51-year-old Michael Webb, had been handcuffed.

The girl, who is not named because she is a minor and sex assault victim, was snatched in broad daylight as she walked with her mother in a Fort Worth, Texas neighborhood on May 18.

A doorbell camera captured the moment the girl was abducted and shows the victim’s mother screaming, ‘Help me! Help me please! My daughter just got kidnapped!’

Later that night, a clerk at a the WoodSprings Suits hotel in Fort Worth called police and reported suspicious activity in one of the rooms.

A Forest Hill police sergeant inspected Webb’s hotel room, but did not find the child and left. That sergeant was later fired.

Webb later admitted that told the girl to stay hidden in the laundry basket, threatening to hurt her and her family if she refused.

Pastor Jeff King, a friend of the girl’s family, continued searching for the girl and called 911 after he spotted Webb’s car in the hotel parking lot hours later.

A team of officers from the Homeland Security Department, the FBI and the Fort Worth Police Department then returned to the room, found the girl and arrested Webb.

Erin Nealy Cox, US attorney for the Norther District of Texas, said: ‘When they find her, you hear how just emotional it is for everyone. They are just so happy and relieved that they have her.’

In an interview with detectives, Webb broke down in tears and confessed to kidnapping the girl.

He was convicted in September and sentenced to life in prison on November 14. He is also facing sexual assault and kidnapping charges in Tarrant County.

At Webb’s sentencing hearing, the girl’s father said that if Webb ‘has to spend his days in a box until his final breaths, I suppose that will do.’ 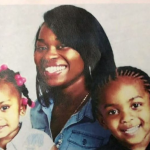 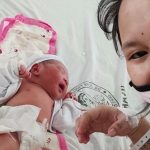