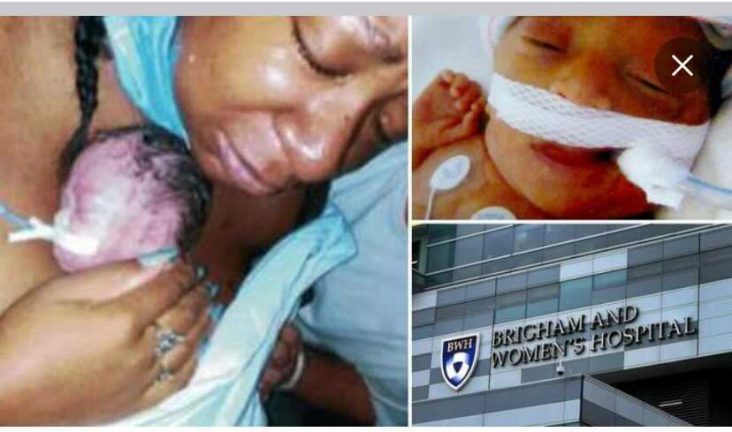 Baby Everleigh was born three months premature on July 25, 2020. She weighed 2 pounds, 5 ounces and survived 12 days. Her parents never got to bury her.

When a funeral home attendant went to Brigham and Women’s Hospital to retrieve the infant’s body from the morgue to prepare for burial, the remains couldn’t be found. The hospital had lost Everleigh’s body and accidentally discarded it with dirty linens, according to a lawsuit filed Thursday in Suffolk Superior Court.

Baby Everleigh’s body was never located despite an investigation by Boston police and hours-long searches by police detectives and waste company workers through hundreds of pounds of stainedsheets and towels and medical waste at a Roxbury transfer station.

Based on video surveillance and interviews, police in August 2020 concluded that a nurse set off a chain of events by misplacing the baby’s swaddled remains. The nurse placed her on a stainless steel rack meant for adult bodies in the morgue cooler instead of on a separate rack meant for children’s bodies, according to a 16-page police report by Detective Kevin Cook.

The tinyinfant “probably was mistaken as soiled linens [by a pathologist] and placed in the blue soiled linen bag inside the morgue examination room,” Cook’s report said.

Everleigh’s parents, Alana Ross and Daniel McCarthy, of Sharon, are suing the Brigham and its parent company, Mass General Brigham, for breach of contract for failing to safeguard their daughter’s body, as well as 14 hospital employees for negligence, infliction of emotional distress, tortious interference with human remains, and other counts.

The 24-page civil lawsuit demands a jury trial but does not request a specific sum for injury, damages, and harm.

“We continue to express our deepest sympathies and most sincere apologies to the Ross and McCarthy family for their loss and the heartbreaking circumstances surrounding it,” Dr. Sunil Eappen, chief medical officer at Brigham and Women’s Hospital, said in a statement. He said he could not comment on the case specifically due to the pending lawsuit.

“As with any instance in which there is a concern raised related to our standard of care or practice, we readily and transparently shared the details with the patient’s family,” Eappen wrote. “We always evaluate both system and human factors that contribute to errors or potential issues raised by patients, family members, or staff, and take action.”

Two years after the tragedy, despite hours of therapy and grief counseling, Everleigh’s parents’ emotions are still raw over the loss of their first and only child.

“There’s just so much anger because they threw her out like trash,” Ross, 37, said in her lawyer’s downtown Boston office as she fought back tears and clutched a white tissue. “The fact that at least she was gone before she ended up in a landfill is the only thing that kind of gets me through, because just thinking about that makes me so angry and so sad it’s hard to get through sometimes.”

The couple had hoped to bury their daughter near McCarthy’s grandmother at Knollwood Memorial Park in Canton.

“Near the end we accepted, kind of, the path that was going down,” McCarthy, 38, said of his daughter’s death. “But we never imagined not having a place to go visit her.”

Everleigh Victoria McCarthy was Ross and McCarthy’s third pregnancy in a year. The couple was elated but nervous after complications had ended their first two pregnancies prematurely.

Friends since fifth grade at St. Mary of the Hills School in Milton, the two have been in a committed relationship since 2008. They were engaged in November 2019. Ross is a non-clinical medical writer, and McCarthy is a general manager for a family-run pie company.

It was Valentine’s Day 2020 when Ross and McCarthy found out they were pregnant with Everleigh. They chose Brigham and Women’s for labor and delivery on the recommendation of an IVF doctor and because of the hospital’s reputation, the couple said.

At first there was hope. Everleigh was small but with some time in the NICU she might pull through. Ross and McCarthy kept vigil at their daughter’s side in her isolette. But Everleigh’s intestinal tract stopped functioning, one lung was underinflated while the other was overinflated, and a brain bleed worsened, according to court documents.

McCarthy signed a form waiving an autopsy and asked a nurse how long his daughter’s body would keep in the hospital morgue. Several days, a nurse assured him, according to the lawsuit.

From there, the couple entered a blur of phone conversations, including choosing a funeral home.

On the morning of Monday, Aug. 10, 2020, an attendant from Gillooly Funeral Home told Ross he was going to pick up Everleigh’s body. He said it would be quick and he would call back in an hour or two.

When two hours became five hours, Ross and McCarthy knew something was wrong. When the call came, the attendant told them they couldn’t find Everleigh’s remains in the hospital morgue.

“I couldn’t even consider that they didn’t have her,” Ross said. “I just figured it was a technical error in the computer system or mislabeled or something.’’

The next morning, Ross and McCarthy contacted the Boston police to report that their child’s body was missing. The hospital had begun its own investigation after the funeral home attendant’s visit had revealed that Everleigh’s body was missing.

According to the lawsuit, police documents, and video recordings, two nurses took Everleigh’s body to the hospital morgue and signed her into a handwritten logbook the night she died. At the time, a section of the morgue’s cooler where children’s remains are stored was blocked by an employee who was transporting a body out. When one of the nurses asked where to put Everleigh’s remains, the transport employee told her to put her anywhere, according to a police report and the lawsuit. The nurse placed Everleigh’s swaddled body on a metal rack meant for adult bodies and left.

Video from the next morning,Aug. 7, 2020,showed a pathologist leaving the morgue cooler with a bundle, which he put into a blue receptacle meant for soiled linens.

That pathologist initially said he had not seen or removed any soiled linens when he entered the morgue the morning after Everleigh’s death, according to a police report and the lawsuit. But when hospital investigators confronted him with the footage, he became distraught and said he “should have known that those blankets [had] a baby inside, but that he was moving so fast and thought he was cleaning up after [the pickup of another body.]”

When the Brighaminvestigators asked how likely it was that he threw away Everleigh’s remains, the pathologist said “that seems like the likely scenario” and that he “knows he threw the blanket away,” according to police and the lawsuit.

“Mistakes of other people who have access to the morgue set (off) a chain of events that were unavoidable,” the pathologist said,according to the lawsuit.

The hospital has since posted job listings for a morgue attendant and a senior morgue specialist, according to the lawsuit.

Police who had conducted an eight-hour search of medical refuse at Republic Waste transfer station on Howard Avenue in Roxbury followed up with another search of the sitebased on the pathologist’s comments. Workers from the waste company used heavy equipment to spread out mounds of medical waste and soiled linens for investigators and workers to dig through. It was another futile search.

The police investigation concluded that Everleigh’s remains likely ended up in one of three places: landfills in Rochester, N.H., or South Carolina, or an incinerator in Haverhill.

All Ross and McCarthy have left to remember their daughter by is an off-white satin memory box put together by the hospital. Among the keepsakes are her baptism water, a tiny pink-and-white knit beanie, final photos, and a card listing Everleigh’s birth details, ink-stamped with her miniature footprints. 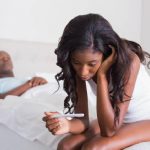