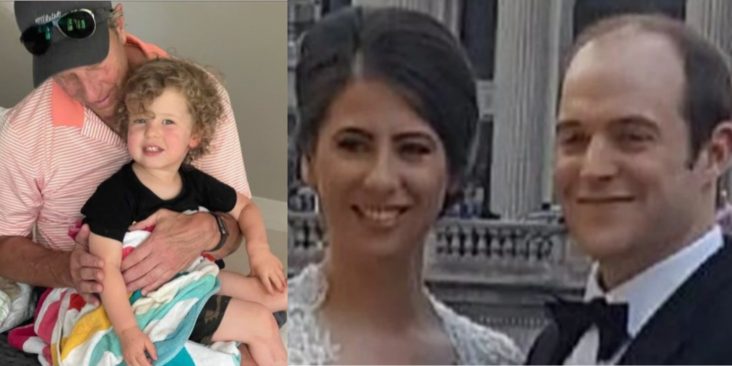 A boy found alone and covered in blood during the Highland Park shooting in July 4 has been orphaned by the massacre.

Aiden McCarthy was lifted from underneath his father during the attack in the Chicago suburb, which has left seven people dead and 46 injured.

Strangers took him and he was eventually placed in the care of his grandparents, Misha and Nina Levebeg.

Yesterday, July 5, it emerged that the boy’s parents, Kevin McCarthy, 37, and Irina McCarthy, 35, were among those killed during the Fourth of July parade.

Sine then more than $1,850,000 has been raised on a GoFundMe page set up to help Aiden’s family with “raising, caring for and supporting” him.

Aiden was found by Lauren Silva, 38, and her boyfriend after they heard gunshots as they were heading to Walker Bros restaurant for breakfast.

Silva told the Daily Beast they came out of a parking garage a few blocks away from the massacre just as the shooting started.

Silva, along with her boyfriend and his son, began running toward those who were injured.

“My boyfriend handed me this little boy and said he was underneath this father who was shot in the leg,” she said.

“They were trying to stop the bleeding so I brought the boy downstairs into the garage.”

She said Aiden was wearing one shoe and that his sock was covered in blood. Once inside the garage she managed to wash the blood off him and clean his scrapes.

Silvia later handed Aiden to a family she was hiding in the garage with, who took him to hospital and later handed him to police.

Dana Ruder Ring, who was taking care of Aiden until 8pm local time posted the original photo of the boy to help identify him, Fox 32 Chicago reports.

Four of the others who were killed were named as Katherine Goldstein, 64; Jacquelyn Sundheim, 63; Stephen Straus, 88; and Nicolas Toledo-Zaragoza, 78.

The musician, known as “Awake the Rapper” was arrested after a brief chase police chase. He is accused of firing into the crowd from a rooftop about 10 minutes into the Independence Day parade using a high-powered rifle.

Investigators say Crimo, 21, planned the attack for weeks, and it has since emerged he was interviewed by police in 2019 after threatening to “kill everyone” in his home.

So far this year, there have been 313 mass shootings in the US, according to the Gun Violence Archive. 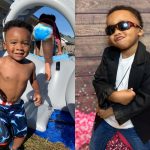