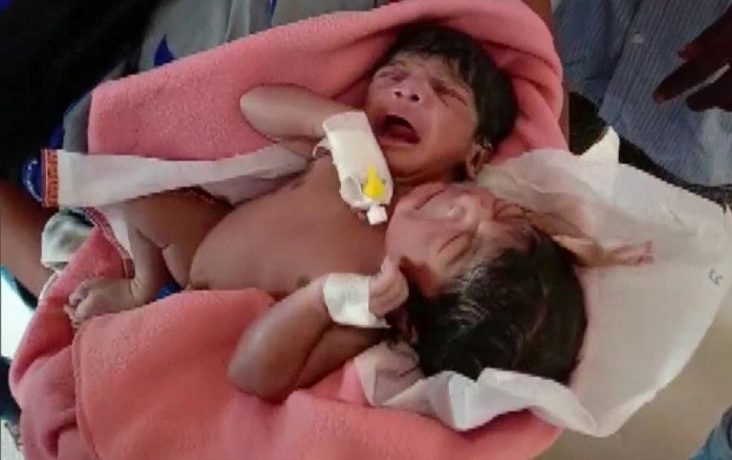 A mom has given birth to a baby who was born with two heads, three hands and two hearts due to a rare medical condition.

Doctors initially told Shaheen Khan, of Ratlam, India, that she was expecting twins during an ultrasound.

But to the shock of medics, it was discovered that she was carrying two children joined by one torso.

The infants are reportedly the subject of a rare abnormality called dicephalic parapagus.

The condition, which occurs in the womb, is normally considered fatal and often results in a stillbirth.

However, doctors say they do not plan to try to operate after the child survived the “initial days.”

The miracle baby was admitted to a hospital in the nearby city of Indore as her mom continues to receive treatment in Ratlam.

It remains unclear whether the new arrival is being treated as conjoined twins or one child as theories regarding the abnormality’s official definition continue to circulate online.

A doctor treating Khan’s child, Dr. Lahoti, said: “These kinds of cases are rare and the condition of babies remains uncertain, especially in the initial days.

“Due to this, we have kept them under observation.

“We have not planned for any surgery on the patient.”

Last year, a pair of conjoined twins were separated after undergoing a grueling, 16-hour surgery by medical marvels.

The operation, in which any mistakes could have been fatal, took a team of 25 medical staff including 10 surgeons to complete.

Great Ormond Street’s Noor ul Owase Jeelani, who headed the operation, said: “They still see themselves as one person — it’s hard for us to imagine being that connected to somebody.” 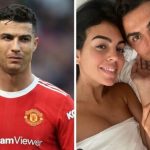